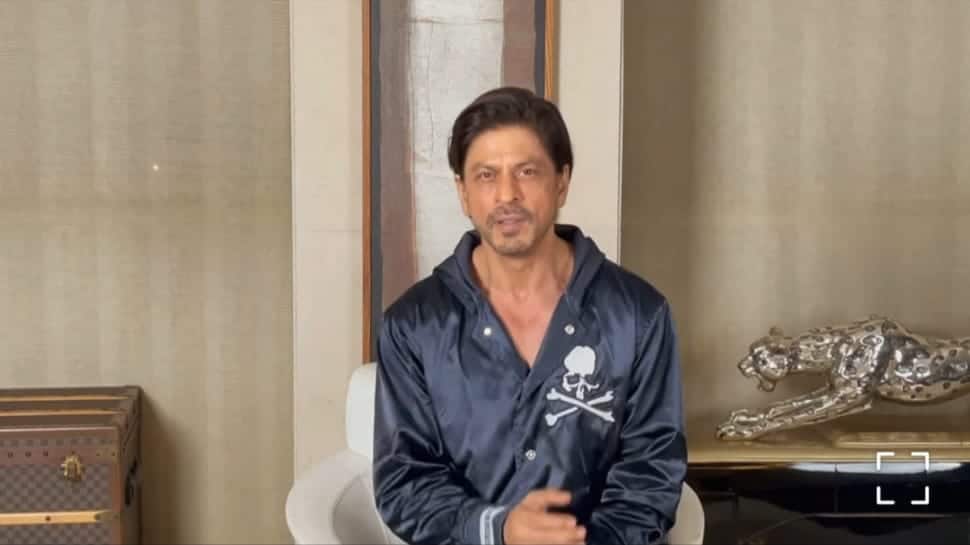 New Delhi: Shah Rukh Khan (SRK) shared a New Year message for his fans in a hilarious video dropped by the actor on Saturday (January 2). The video starts with the actor swatting flies and mosquitoes and ends with him making a big announcement. The video has since gone viral and left his fans super-excited.

In the over 2 minute clip, Shah Rukh saved the best for the last and ended it on an exciting note. The actor promised to see his fans back on screen in 2021. He said, “See you all on the big screen in 2021.”

Sharing his wish for the new year, the ‘Don’ actor said, “I believe when one is at the lowest and the bottomest of their life, the good thing is, that from here, there is only one way to move — that is upwards, higher, to better places. So 2020, whatever it has been, it has been in the past now and I believe 2021 is going to be bigger, better, brighter and more beautiful for all of us.”

“Real fun is with real people — your family, your friends, your loved ones. All the friends and enemies you make virtually, taking sides or fighting against you online, is good fun, time pass, but it’s not for keeps,” the actor added. The actor also claimed that he made the video himself as his team was unavailable.

In December, Shah Rukh’s look from ‘Pathan’ had created a lot of buzz online. The actor was snapped donning a white tee and black trousers while flaunting his tresses.

SRK was last seen in ‘Zero’ in 2018. It was helmed by Aanand L Rai, starring Anushka Sharma and Katrina Kaif. Following the failure of the movie at the box office,Shah Rukh went on a sabbatical for 2 years.