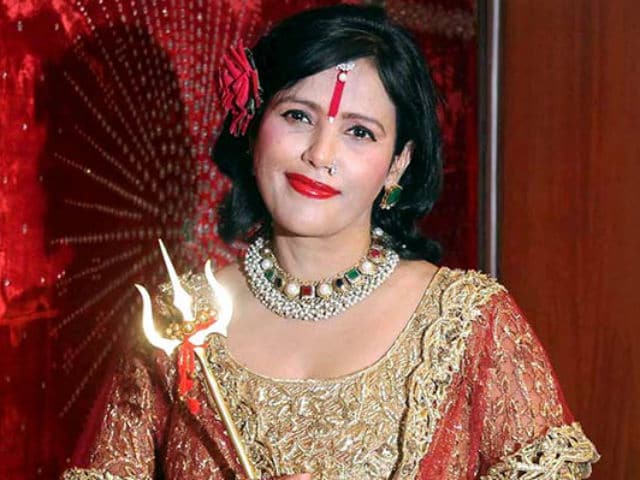 Radhe Maa will be playing herself in the web series

Controversial self-styled godwoman Radhe Maa has emerged from obscurity and is reportedly set to make her acting debut with a web series titled No Casting No Couch Only Ouch?. Radhe Maa will be playing herself in the web series and she will be portrayed as the guiding light of the protagonist, reports Bombay Times. “It is actually a way to make people meet the real Radhe Maa. To me, her name means ‘Rah De Maa’, which means, ‘Show us the way, mother’. And that is what she will do in the series; she plays the messenger of God, who brings the protagonist out of depression,” Bombay Times quoted producer Ramman Handa as saying.
Mr Handa added that Radhe Maa faced the cameras without hesitation. “She was spontaneous and co-operative. It was easy because she was playing herself. The result has turned out to be good,” Bombay Times quoted Ramman Handa as saying.
The shoot of the web series No Casting No Couch Only Ouch? took place at Radhe Maa’s bungalow, reports Bombay Times.
Radhe Maa’s real name is Sukhvinder Kaur. Two years ago, she became the subject of several controversies – pictures of her wearing a red minidress went viral, a dowry harassment case was filed against her, and allegations of misconduct were made by reality show contestant Dolly Bindra. Radhe Maa was eventually not named in the dowry case for lack of evidence. Little has been heard of her since then – until now.